When Mabel saw Max getting off the elevator into the Bloomfeld-Hyman Internal Medicine Unit lobby, she made an about-face and then a beeline for the women’s bathroom.  She had been headed towards the elevators herself but thankfully, he was talking with another doctor when he got off so he didn’t see her initially. She’d been avoiding him since her conversation with Iya which happened almost two weeks ago.  She did not want to talk to him. She could not bear to talk to him, or hold him or be with him now, knowing what she knew.  Normally, they ate lunch together at least twice a week and snuck off to her condo as often as their schedules allowed. There had been very little communication between them the last two weeks, though. Whatever communication there had been, consisted of hurried greetings in hallways, quick phone consults over patients and short text message sessions. She’d started using work as an excuse to get away. He texted her asking if she was angry with him over his reluctance to confront Iya and she’d replied that his marriage was none of her business. Her own words had seemed hollow, because she knew she had made it her business the moment she allowed him into her bed and even more so when she met with Iya.

She heard him call her name but walked faster, ignoring him. For the 100th time since that meeting with Iya, she cursed herself for getting involved with the whole mess to begin with. Cursed herself for falling in love with him. What a mess! His marriage was doomed. There was no way he would get out of this without being hurt. She wanted to be the one to help him pick up the pieces but she feared what his reaction would be if he ever found out she had met with Iya. Would he see it as an even further betrayal his trust? The wife and the mistress getting together would be any reasonable man’s worst nightmare. Add the surrounding circumstances, however, and his pride might not survive it. The bathroom was empty so she slipped into a stall and locked the door. Almost immediately, her phone which she kept in her lab coat pocket began buzzing. She ignored it. It rang and rang and then stopped.

Next was the incoming text notification.

She couldn’t tell him she was out because he’d seen her. Talking to him right now was not an option, however. She texted back.

The iMessage bubble popped up almost as soon as her message was delivered.

U’ve been avoiding me.

It was a statement, not a question. She sighed deeply.

He didn’t reply immediately but when he did, his words made her heart skip a beat.

Talked with Iya. She told me everything.  I need 2 talk to someone. I need u

Everything? Mabel thought, her mind racing. What does everything mean? Does he know that I know? 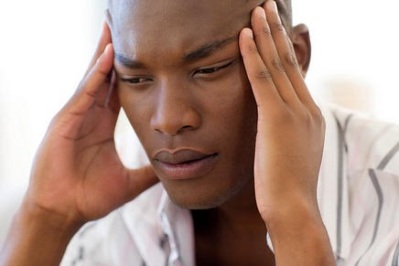 By the end of her story, he hadn’t been able to speak. There were no words to describe the emotions that had been raging in him. The injustice. The sheer unfairness of it all left him speechless and it maddened him that Kyle Hammond had never been brought to justice. Might never be brought to justice.He had left her sitting in the living room, unable to even respond to her story. He spent the rest of night in the guest bedroom and had left the house for work before she woke up.
He’s spent most of the day in a trance. Operating on autopilot. Luckily, he had no surgeries scheduled and had told his program director that he planned to spend the day doing research into a complicated procedure they had coming up. He’d been unable to focus on anything. He could barely process all he had heard last night. He’d ended up going to look for Mabel. He needed to talk to someone. She’d been avoiding him for the last two weeks and he was sure it had to do with the fact that he had been reluctant to confront Iya. He sat in her waiting room now. Paralyzed. He would sit here and wait for her to finish seeing her patient is he had to. His phone buzzed in his hand. An incoming call. He looked at it thinking it was Mabel. It wasn’t. It was Molua. He ignored the call. His phone immediately started ringing again. Molua again. He really did not want to talk to the man. He hit ignore for a second time.
“Would you like some coffee, Dr. Litumbe? You look like you could use some. ”
It was Marcia, Mabel’s receptionist. An elderly African American woman, who for some weird reason,  reminded him of the women who sold dried fish at Limbe old market. She was used to him stopping by to see Mabel by now. He wondered if like Lorie, Iya’s assistant, Marcia knew that he and Mabel were having an affair.  He tried to summon a smile but the alarmed look on face told him he didn’t succeed.
“I’m fine, Marcia. Just a little tired.” His voice was raspy.
“Tired? You look like death warmed over. What are these people doing to you?”
Then his phone buzzed with an incoming text message. He looked down at it.

It was Mabel. He sighed in relief. His phone buzzed again almost immediately. It was Molua.

Boy, call me ASAP. Joan is talking some strange shit here. Are you seeing someone at work?

He ignored the message. Joan’s behavior from the night before had puzzled him, but after talking with Iya, he knew where it was coming from. He’ll talk with Molua later. His phone buzzed again. Another text from Molua.

Man,  people have accused her of disrespecting you last night and she is saying things here that I don’t understand. We’re at Ekwang Parlor.

Max’s heart sank. Ekwang Parlor was a Cameroonian restaurant in Chicago. A popular venue for Cameroonians and gossip central. If Joan was talking about him there, the whole Cameroonian community would soon find out. He started to type a response to Molua, but his phone buzzed with an incoming text message. It was Ndolo, his little sister.

Max. Call me ASAP. Someone just texted me something horrible. Are you cheating on Iya? She called me last week and asked me some very strange questions.

He stared at his phone in horror. What the hell was going on?

His phone started ringing again.This time it was Likume, his best friend who lived in Houston, Texas. He answered quickly.

“Guy, ase-eh?” Likume sounded worried. “Na weti di happen for that side? I don di receive some very bizarre text them for here.” (Man, what’s going on over there? I’ve been receiving very bizarre texts over here.) 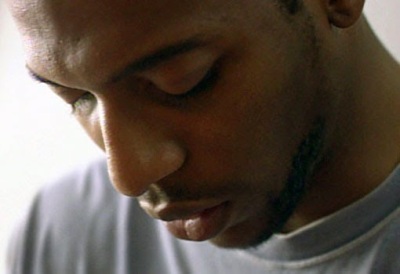