Read Part 1 here   Read Part 2 here   Read Part 5 here
Read Part 3 here   Read Part 4 here   Read Part 6 here
After their talk from the night before, the last thing Iya expected was for Max to call her at work the next day. She was deeply engrossed in reports, trying to bury her exhaustion and inner turmoil under work. She almost didn’t answer but ended up picking up her phone out of sheer resignation.
“What exactly did you and Joan talk about?” He asked without preamble. He sounded angry.
“I’m sorry?”
“During the conversation where you dissected how unfaithful a husband I am, what exactly did you tell her?”
“Nothing really. She told me she’d seen you cozying up to another doctor at work and that a  nurse she knows at Bloomfeld-Hyman, some girl she went to school with, had told her that there were rumors that you and this woman are having an affair. I told her that it probably was just a work rumor. But she later told Eposi that she’d spoken some more with her friend and that another nurse who lives in the same condo as Mabel had told her that you spend the night there sometimes. Eposi was concerned and told me. I told her I will ask you about it or talk to Mabel myself.” She heard him groan and curse under his breath.  “Why? What’s going on?”
“Well, she’s been talking at Ekwang Parlor. Someone called her out for how rude she was to me last night and she felt the need to defend herself. People have been texting me, Iya.”
Iya’s heart sank.
“Max… I am so sorry.”
“Massa, Iya…. this is really too much na. How am I supposed to deal with all this right now?”
She didn’t reply. Couldn’t reply. What could she possibly say?
“It’s not like we can tell the truth…” He said with a bitter laugh. “And we both know this marriage probably is over, so when we divorce I’m the one who will end up with the reputation for cheating on my wife.”
“Max…”
“This wasn’t how we were supposed to end up, Iya. This wasn’t how it was supposed to be.”
Iya remained silent.
“I wish you had told me about what happened to you. I really wish you had. I don’t know how I would have reacted, but I really wish you had, at least, trusted me enough to tell me. I’m so angry but I don’t know who to be angry with. You? Sebastian? His parents? Kyle Hammond? Myself?”
The silence stretched between them.
“I want nothing more than for this to be over, for both of us to find equilibrium and peace again. You’ve had to deal with so much already, I’m not so selfish as to ask you to open that can of worms so I get off the hook. I would ask that we work on the marriage but from every indication you want to be with Sebastian so I won’t ask you that. I will be honest and say I don’t know how to fix this Iya. I don’t know how this ends without one of us taking the fall for it.”
“I don’t know either Max.” Iya whispered.
“Anyway, I gotta go. Even Ndolo is texting me, she said you spoke to her and asked bizarre questions?”
“Yeah… I called her.” Iya said wearily. “It was back in February when Lorie told me about your visit and her fears that you knew about Sebastian. I didn’t know what was going on with you…we no longer really talk. I was trying to get a gauge of where your mind was. You and her are very close.”
“Just keep Ndolo out of it from here onward.” He said testily. “Whatever problems we have are between me and you.”
“I will.”
“I can’t believe you’d even involve her, Iya. Seriously.”

“I’ll talk to you later.” He hung up before she could say anything else.

Iya leaned forward her chair and massaged her temples. Her mind raced from thought to thought as she tried to sort the problem into defined tasks she could deal with. Damn Joan with her big mouth, why did she have to go talking? In Ekwang parlor no less. How in the world was she going to deal with this? It would be completely unfair to let Max take the fall. The gossip would be vicious. The news would surely reach their families back home and the embarrassment for his parents would be huge. He was right that things would be different if they intended to stay together and work on the marriage, but that wasn’t going to happen. Between the fact that she and Sebastian had rekindled their affair and the fact that she’d lied to him from the onset, she doubted there was much left to the marriage. That left the option to come clean herself, but she couldn’t exactly put out a public service announcement to their family and friends to say that she was the one who had broken his trust first, that would only lead to more questions. 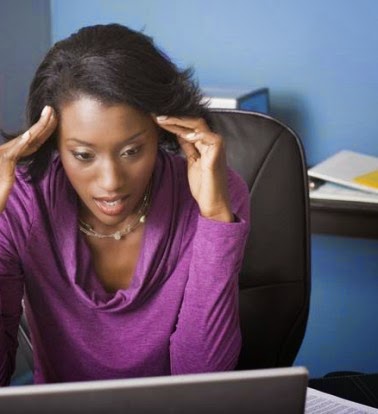 A feeling of helpless confusion swept over her. A surge of complete panic. She started trembling, her palms became sweaty and a deep throbbing pain started in her chest. Suddenly, her office felt too hot, the air stuffy and thick, she felt like she was choking. Her vision blurred and her everything seemed to fade away.